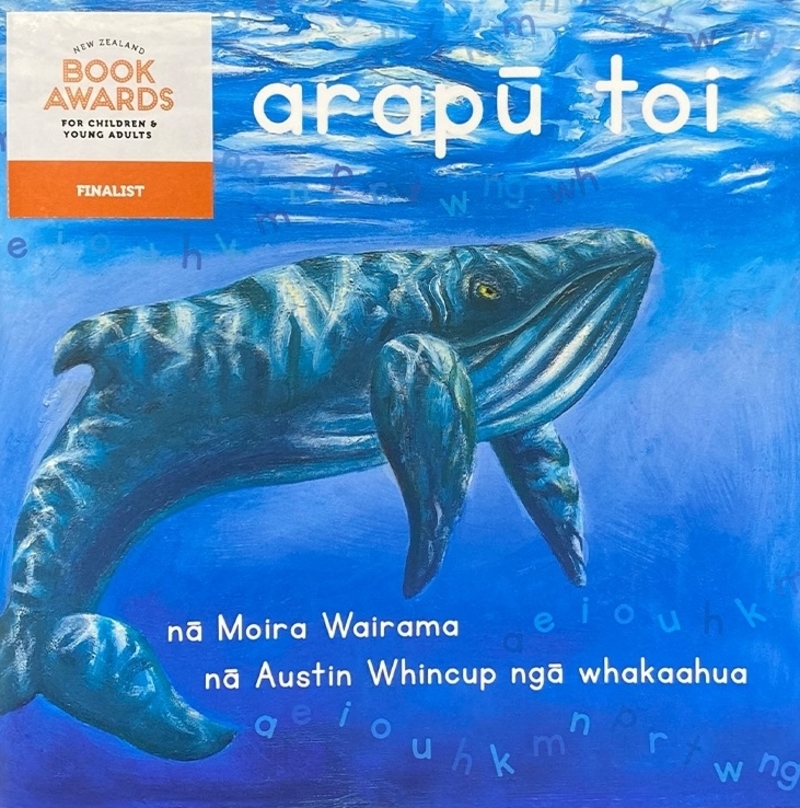 Arapū Toi is a children’s picture book in te reo Māori jointly published by Baggage Books and BasicallyDifferent Ltd and is sold with an accompanying frieze. The beautiful artwork is by Kapiti coast artist Austin Whincup with poems by Wellington storyteller and writer Moira Wairama.

The story of this book

Kāpiti Coast artist Austin Whincup was born in Africa, spent his early childhood years in Kiribati and North Wales, then as a teenager came to live in Aotearoa New Zealand. The influence of the lands Austin has lived in are reflected in his beautiful artwork.

In 1998, Austin painted an original set of alphabet art images on the square lids of ice cream containers as a present for his new born nephew Canon. Canon’s parents were delighted with Austin’s gift and asked Wellington storyteller and writer Moira Wairama to write a series of poems to sit alongside the paintings. This led to the creation of BasicallyDifferent which published the artwork and poems as a book titled Alphabet Art together with a set of alphabet cards featuring Austin’s artwork. https://basicallydifferent.squarespace.com/

For many years Moira Wairama, author of Alphabet Art and Tina Larsen of BasicallyDifferent shared a vision to one day create a Māori language version of Alphabet Art. Finally, in 2019 that vision is being realised with the publication of Arapū Toi, a book and frieze which includes many of Austin’s original paintings plus three new images and a new set of poems in Māori written by Moira.

Click the letters of the alphabet below for translations

Will you be my friend?

Fly to the distant heavens

the scent of the sea

the fragrance of flowers

The pong of rotten eggs

Indeed, the birds are awake

the family is awake

the new day is here

In the dark night

In the very dark night

The stars shine upon

The creatures of the night

(wishing you) A peaceful night

oh no its broken

Whale in the ocean

in the depths of the ocean

Sailing in my boat

blown by the wind

In time I will see you again friends

I have an idea

to build a house

The Launch of Arapū Toi as part of the 2019 Kia Mau Festival https://kiamaufestival.org/

Although a book launch falls outside the usual Kia Mau Festival events which focus on Māori, Pacific and indigenous theatre and dance performances, festival originators and directors from Tawata Productions generously invited Moira Wairama to launch Arapū Toi as part of the festival’s free events programme.

“I was lucky to have been be part of a writers group run by Tawata Productions co-director Hone Kouka,” says Moira Wairama. “It was at Writers Block I began writing for theatre and radio and it was also where I developed my confidence as a writer in other genres. Both Hone and fellow Tawata director Miria George have continued to support my writing over the years, especially my work in te reo Māori. We all share a passion for Māori writing and performance in all its many forms.”

It is not the first time storyteller and writer Moira Wairama has chosen to launch a book as a theatrical event. “As a storyteller it works for me to tell the story of my book before people meet it on the written page.”

In 2007 Moira launched her book The Puppet Book and its Māori version Te Pouaka Karetao, illustrated by Bruce Potter and winner of the Joy Cowley award at the Te Papa marae as part of a Matariki performance. In 2011 at Capital E Children’s Theatre she launched The Taniwha of Wellington Harbour and Nga Taniwha i te Whanga-nui-a-Tara, also illustrated by Bruce Potter and winner of the LIANZA Te Kura Pounamu and Te Tohu Te Taurapa awards. In 2015 at BATS theatre she launched The Mother’s Child, a picture book for mothers with illustrations by Wairarapa artist Linda Tillyard.

The book is out! 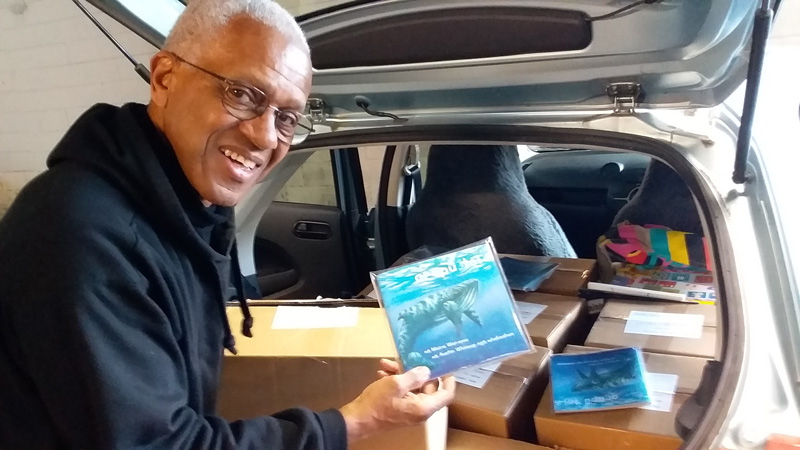 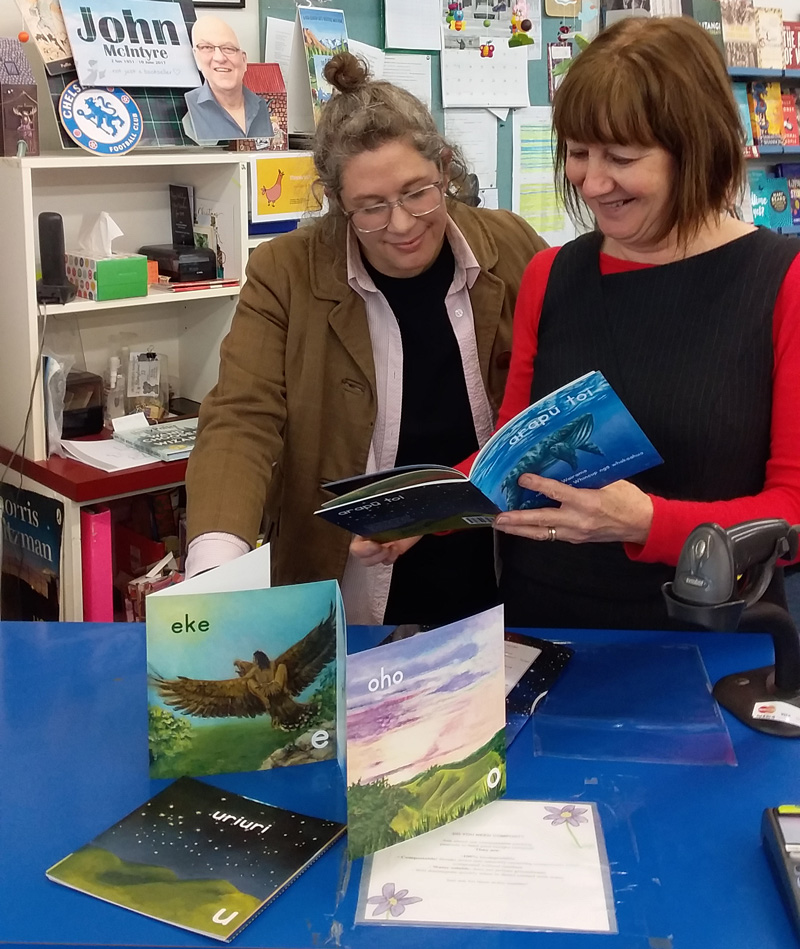 The Taniwha of Wellington Harbour